"Soaring from Good, to Great and Beyond; We're not just a School, We're a Family."

Middle School opened its doors as a junior high school in 1954 and has been one of the highest performing schools in New York City ever since.  Located at the intersection of Oceania Street and Horace Harding Expressway, M.S. 74's distinctive red brick exterior has been a fixture of the Bayside and Oakland Gardens community for over 60 years.

From the School's Original Guest Book 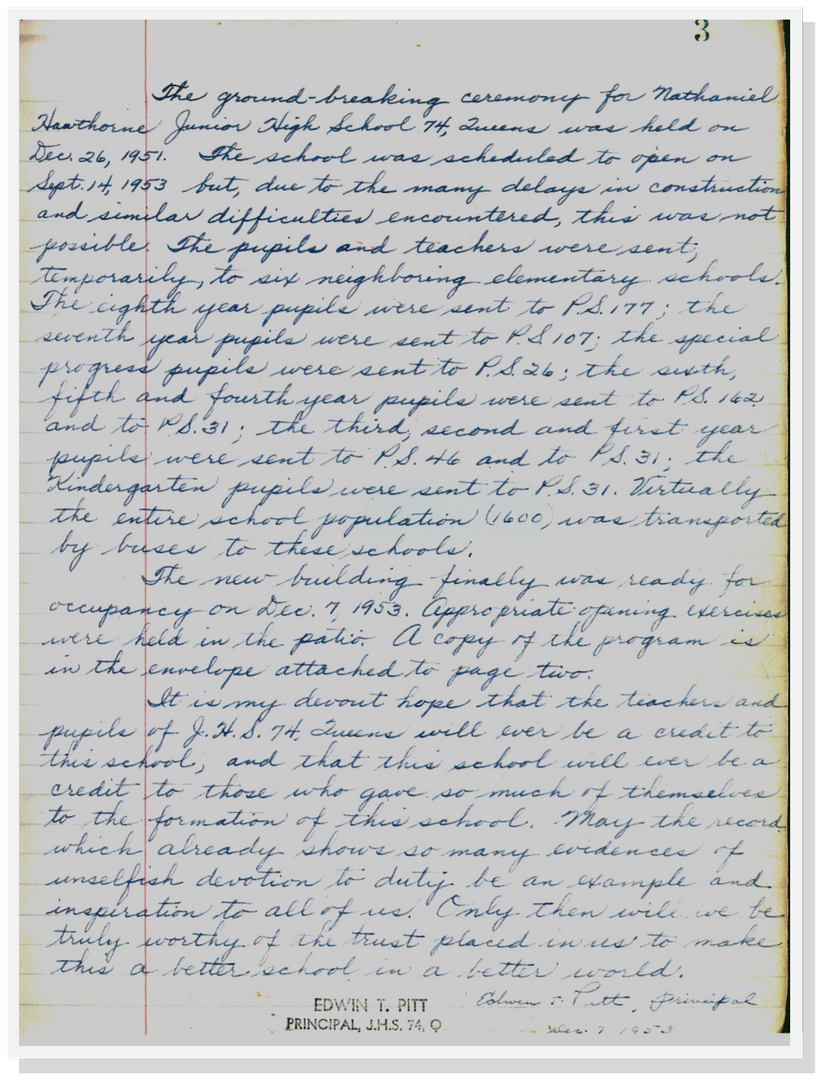 Get real time school updates on your mobile device with eChalk Notify.

Connect with code UD2KHE to get instant alerts or log in with your eChalk user account for the latest updates from all your classes and groups.